We get it: when it comes to weight loss, it feels tough to even get started if you don't have access to a...
Read more
Covid-19 Statistics 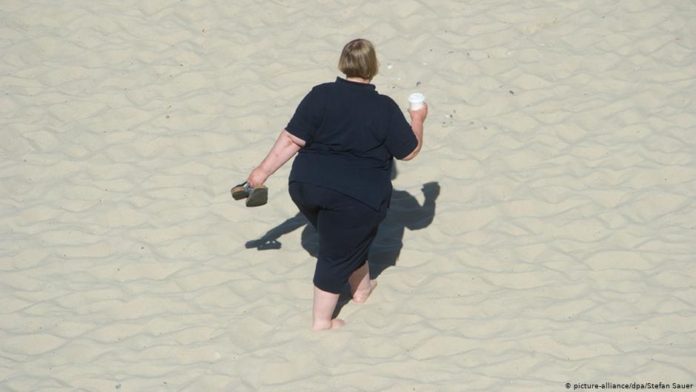 The World Health Organization describes obesity as a global epidemic. Since 1975, the number of people with obesity has tripled.

In the US, almost a third of the population is considered medically obese. In Russia, South Africa and some European countries more than 20% of the respective populations are considered obese. Canada, parts of South America, and Australia also have high levels of obesity.

Obesity is potentially life-threatening. It can cause high blood pressure, type 2 diabetes and heart disease to name a few conditions.

And now a report suggests that obesity can increase complications for people suffering severe cases of COVID-19.

A team from the University of North Carolina reviewed 75 studies from around the world, involving about 400,000 patients, and concluded that being obese can increase the risk of a patient dying from COVID-19 by nearly 50%.

Barry Popkin led the study at the university’s Department of Nutrition and Carolina Population Center.

DW: Barry Popkin, what surprised you about the findings?

Barry Popkin: There are two things. First, there is the proportion of people being hospitalized. You’re more than twice as likely to be hospitalized if you’re a person with obesity. Second, there’s that mortality statistic. Both statistics were far beyond what anybody had expected and far higher than we see with individual [related] diseases, such as hypertension or diabetes.

When you’re obese, in and of itself, your immunity is significantly impaired — your immune system doesn’t work as well [as it should, normally]. You are more likely to catch COVID-19 and that you will develop severe symptoms, because you don’t have the antibodies to fight it.

On top of that, if you’re obese — which is about 25% of Germans and more than 20% of every country in the world — you will have physiological impairments.

Your lung capacity is limited, so we will need to do special things just to [help with] that, as this virus attacks the lung system. So, it just adds to the problem and to the reason for mortality.

You mentioned a weaker immune system. Is that the reason why some people are warning a vaccination may not be as effective in obese people?

Exactly. We know from two coronavirus vaccines — the flu vaccine and all the experimental work with the SARS vaccine — that they don’t work as well. In fact, the US, for the first time, will have a booster vaccine for obese individuals and the elderly, so there will be a stronger flu vaccine for those who are obese.

What about all the people who have been shut up in their homes for so long, some not even allowed to go outdoors and exercise. Are we going to see an increase in obesity because of this pandemic?

Yes, we’re seeing that across the globe. In all the countries where we work, we’re finding inactivity and people buying cheaper products — ready to eat or ready to heat up meals — highly processed junk food, especially among the poor. And more sugary beverages. All are adding to the problem and we’re seeing unhealthy eating increasing among low- and middle-income populations across the globe.

Read more: Four in five teens do not exercise enough, say WHO

It would be, but I think this has to come from governmental regulations and other changes. We can’t change the food environment, and without changing that, we’re really going to have a very difficult time getting individuals — except a few — to change their eating and activity behaviors.

Barry M. Popkin, PhD, is a Professor of nutrition at the UNC Gillings School of Global Public Health. Popkin developed the concept of Nutrition Transition, the study of the dynamic shifts in dietary intake and physical activity patterns and trends around obesity and other nutrition-related noncommunicable diseases (NCD).

We get it: when it comes to weight loss, it feels tough to even get started if you don't have access to a...
Read more

How to help children lose weight, be healthy

We all want our children to be healthy and to love their bodies — how can parents help them if they need to...
Read more