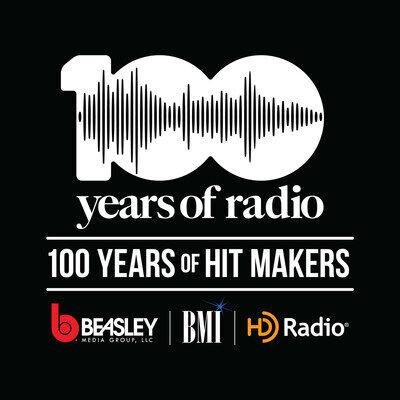 NASHVILLE, Tenn., Sept. 21, 2020 /PRNewswire/ — Today, Broadcast Music Inc, Beasley Media Group, and Xperi’s HD Radio launched a new series called “100 Years of Hit Makers.” The series is a part of a year-long campaign to celebrate the 100th Anniversary of the first commercial radio broadcast in the U.S., and to highlight the continuing importance of radio, especially in our current climate. The series will take acclaimed songwriters from the country, rock, and R&B/hip-hop genres and give music fans everywhere a behind the scenes glimpse into the writing of their hit songs. “100 Years of Hitmakers” will air on 33 Beasley Media Group radio stations, as well as on demand at www.bbgi.com/hitmakers.

“Radio has never been more important as a source of information, breaking news, and entertainment, than it is today,” said Joe D’Angelo, Xperi’s Senior Vice President Radio.  “Xperi’s HD Radio is proud to continue its mission of amplifying consumers’ enjoyment of radio as it moves into its next 100 years.  We are delighted to join BMI and Beasley Media Group to celebrate this radio milestone with some of the most exciting songwriters and hitmakers making music today.”  Xperi’s HD Radio is the most successfully deployed digital radio system worldwide, with 2,500+ stations and 70 million receivers in the market.

Among the writers included in the series are heavy hitters John Oates, Ed Roland of Collective Soul, Jesse Frasure, Daniel Tashian, Derrick Milano, Sonny Digital, and many others. Also celebrated are up-and-coming writers from the three genres. These acclaimed music creators will take audiences behind the scenes and into the writing rooms with stories of how their hit songs were created.

“After years of close partnership, we’re thrilled to celebrate this landmark anniversary with our friends at Beasley Media Group and Xperi’s HD Radio,” says Mason Hunter, AVP, Creative, BMI Nashville. “Songwriting and the radio have been deeply intertwined throughout the last century. Songs find new life on the radio and we’re honored to help elevate the significant connection between the art of songwriting and radio in this series.”

“Many of us in radio, including myself, pursued a career in broadcasting because of our passion for music,” said Beasley Media Group Chief Content Officer Justin Chase. “As we celebrate the centennial of radio, it is an honor to be part of such a great tribute to the hit makers who have helped shape the course of the entertainment business throughout the last 100 years.”

The series is produced in partnership by Benztown, who provided all on-air post-production for the campaign.

Celebrating over 80 years of service to songwriters, composers, music publishers and businesses, Broadcast Music, Inc.® (BMI®) is a global leader in music rights management, serving as an advocate for the value of music. BMI represents the public performance rights in over 17 million musical works created and owned by more than 1.1 million songwriters, composers, and music publishers. The Company negotiates music license agreements and distributes the fees it generates as royalties to its affiliated writers and publishers when their songs are performed in public. In 1939, BMI created a groundbreaking open-door policy becoming the only performing rights organization to welcome and represent the creators of blues, jazz, country, and American roots music. Today, the musical compositions in BMI’s repertoire, from chart toppers to perennial favorites, span all genres of music and are consistently among the most-performed hits of the year. For additional information and the latest BMI news, visit bmi.com, follow us on Twitter and Instagram @BMI or stay connected through Broadcast Music, Inc.’s Facebook page. Sign up for BMI’s The Weekly™ and receive our e-newsletter every week to stay up to date on all things music.